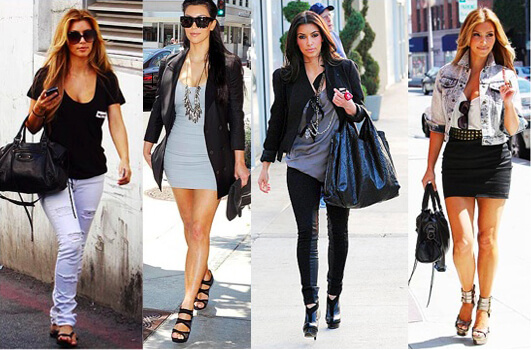 Kate Middleton is undeniably a fashion PR dream. A photograph of the Duchess of Cambridge wearing one of your clients’ products is the Holy Grail of PR. Kim Kardashian clearly recognized this supremely effective marketing tool which, along with her own confessed admiration for the ‘Princess’, led her to send several items from the Kardashian’s collaboration with Dorothy Perkins to Kate.

In a recent interview with Now, Kim gushed: “Kate seems like a really sweet person and she’s a princess. We love her sense of fashion. She could wear our looks and team it with one of her hats”.

This idea, however, did not seem to appeal to Kate Middleton, who promptly returned the gifts. This snub quickly went public, demonstrating how the chasing of a PR dream can turn into a PR company’s nightmare.

To make matters worse and further the insult, a palace insider rather indiscreetly commented: “Kate is hardly going to turn up for an event with the queen in a cheap leopard-print miniskirt or a gold sequined jacket”.

When the Kardashian sisters arrived in London to promote their new line ‘Kollection’, they immediately targeted Kate as the type of celebrity endorsement which would give a huge boost to their fashion credentials. The collaboration with Dorothy Perkins is an effective combination of both fashion PR and Celebrity PR, raising the profile of the Kardashians on their route to global domination, while rejuvenating the Dorothy Perkins brand.

Securing endorsement from one of the most famous women in the world would be any Public Relation firm’s first move. However, when it backfires it could mean the brand requires reputation management. Not something that either Dorothy Perkins or the Kardashians would have wanted to be considering during the week their collection was launched.

Despite this public relations fiasco, the Kardashian Kollection appears to be going down well. The three sisters were in London together for the first time to promote their line and attended an extremely successful signing event at Westfield. 500 spaces were available to meet the sisters on a first come first served basis.

The event, however, proved more successful than the organizers or police could have foreseen- thousands of teenagers turned up, many sleeping outside overnight in the car park. The popularity of the event is no doubt down to great PR and media relations, with those responsible managing to effectively pique the interest of so many. It also demonstrates just how popular the trio already is in the United Kingdom; this new collaboration will only serve to raise their profiles even further.

For other high street brands however, the success of the Kardashian Kollection is a reminder to further promote their own lines, whether through celebrity endorsement or other public relations techniques. PR consultants need to ensure that other brands don’t get forgotten in the current media frenzy.