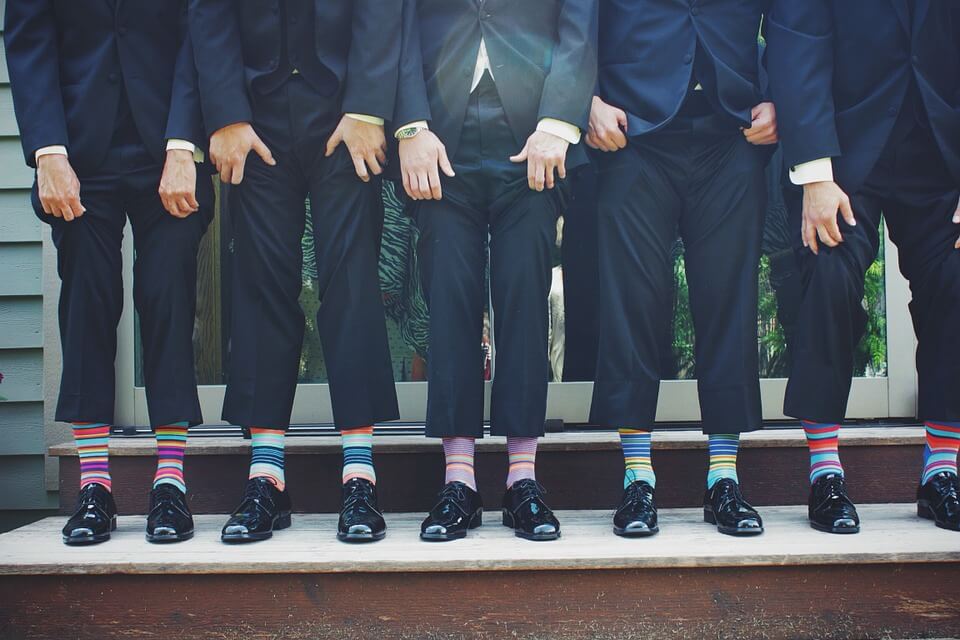 With many offices nowadays choosing to go casual, the men suiting can almost seem obsolete other than for special occasions – however this year has seen this iconic piece of menswear undergo a makeover.

While very traditional old-fashioned formal suits might be consigned to the city or weddings and job interviews, there are plenty of men suit styles with a modern twist which can be worn every day without feeling stuffy.

New approaches to tailoring, modern fabrics and bold colours mean the suits for men has been reborn for a more modern age, taking the phrase smart-casual to a whole new level.

For this post we asked the expert team behind Dobell.co.uk and they gave us their list of 5 suit styles for men to try out for yourself:

While traditional double-breasted suit jackets might have been brushed off for an interview or worn to a very formal work place, for 2019 they have been re-invented.

Try these new styles which are might lighter and can be worn more freely and casually – think of a double-breasted suit jacket worn with smart jeans and dress shoes – the very epitome of smart casual.

The trend this year also features these jackets in pastel colours or even florals, to emphasize the lightness, and the materials can include silk and even leather, to bring the double-breasted jacket bang on trend.

Think a square cut jacket which fits on the shoulders but ends halfway down your thigh rather than at your hips. These oversize jackets are also appearing in bright bold colours so ditch the skinny grey or navy suit and go for oversize in a bright blue instead.

Even the colours of suits are changing this year so if the bold and bright colours aren’t your thing – don’t go back to navy, grey and black – brown suit with black shoes in all sorts of shades are the trend of the day.

Think caramels, tans and chocolate colours which are more casual by nature and work really well with V-neck jumpers or t-shirts under the jacket instead of the traditional shirt and tie.

Brown suits for man might conjure up ideas of the seventies fashion but they don’t have to be like that – you can wear them with a modern twist and still look smart enough for the office.

If you don’t want to ditch your navy, grey and black suits altogether then you could try wearing them with a modern twist. Instead of the usual white shirt and coloured tie, go for matching shades of colour.

So you’d wear a grey suit, with a grey check shirt and a dark grey tie, or a navy suit with an electric blue shirt and a pale blue waistcoat – it’s about layering different tones of the same colour.

To make this look work, the items need to be different textures and fabrics, so a plain suit with a checked shirt, or a pinstripe suit with a knitted V-neck – it’s layering of tones and structure.

This is the real fusion and true definition of smart casual for 2019 – think a tailored jacket, a knitted tie and a pair of jeans – this is the modern twist on being suited and booted.

Mixing and matching aspects of tailoring like the jacket, shirt and tie, with styles which are more casual is the way to go this year. Other options include ditching the shirt and tie and wearing knitwear or t-shirts with a suit jacket and trousers.

It’s looking smart but not as we know it. Other choices include suit jackets teamed with cargo pants, or wide-legged trousers rather than matching ones, and suits in bright bold colours and looser fabrics.

There will always be a place for a traditional suit whether it’s in the board room, at a wedding, or another formal family occasion; however, in this day and age it is more and more acceptable for men to take a more casual approach to smart dressing.

The men suiting for this year make it far easier for men to make the most of sharp tailoring by teaming it with alternative options to the traditional white shirt and tie, bringing boldness and colour into the mix.

Looser styles make wearing tailoring less stuffy and being creative with colours and textures can bring new life to an old traditional suit by wearing it in a more eclectic way.

When it comes to the men suits for today’s modern man there are more choices than ever, with designs and styles at both ends of the spectrum, from ultra-sharp to super casual – there is no end to the options.