No single item of clothing has such versatility as the t-shirt. A staple of nearly all wardrobes of people under 50, it is believed to have originated as an item which military men wore under their uniforms. The comfortable, lightweight undershirt, made of cotton, became standard wear among American soldiers to protect their bodies from the scratchy wool of their uniforms.

The word ‘t-shirt’ first entered the dictionary in the 1920s, and the following decade saw the first mass-market products sold.

But it was icon of cool Marlon Brando’s wearing of a plain white t-shirt in the film A Streetcar Named Desire, released in 1951, which saw the garment achieve truly mainstream status. And when James Dean did the same four years later in Rebel Without A Cause, the t-shirt’s association with the burgeoning rock and roll scene – and with several subsequent music and youth trends which emerged – was cast in stone.

Things have moved on considerably since those days, when the plain white t-shirt was de rigueur. The advances made in printing and dye technology brought about an explosion in the range of colours in which t-shirts could be produced. Not only that, but they helped turn the t-shirt into a blank canvas on which anything could be printed. 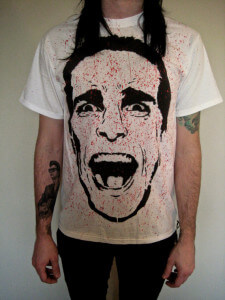 Now, of course, you can have practically any graphic or image emblazoned onto a shirt – which leaves many wearers with a dilemma. Do you keep it plain and simple, or would you prefer to let your shirt express something of your tastes and personality by wearing a logo or design?

As many dress codes at a wide variety of workplaces become increasingly casual, the t-shirt is even becoming widely accepted – or even encouraged – as workwear. Of course, many companies have cottoned on (no pun intended) to the fact that a t-shirt is an effective advertising medium, and get their staff to wear ones bearing their logo – or, as is particularly common in the telecoms and entertainment sectors, using them as a kind of advertising hoarding to promote particular offers or products which the company wants to raise awareness of.

Of course, lots of people are quite happy to keep it plain, and there’s a lot to be said for this. There’s certainly no reason why anyone should feel that there aren’t enough colours out there for them to find at least a couple which particularly suit them. 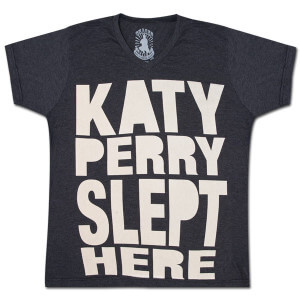 A freshly laundered and ironed plain t-shirt can look every bit as smart as a work shirt, and of course they’re easier to iron too, which is another big reason why many people prefer to be able to wear them if they’re given a choice. Women too, would prefer a t-shirt over regular work blouses.

A big fashion trend which has emerged in recent years, and seems to be persisting, is for wearing t-shirts emblazoned with the logo of a rock band. And while such shirts have always been worn by fans as a means of them advertising the fact that they like a particular group, they have crossed over into mainstream fashion. These shirts are, however, frowned on by many in the workplace – so no matter how fashionable they become, wearing them will be confined to the owner’s leisure time.

For sheer versatility and wearability, there’s little that can beat a t-shirt.