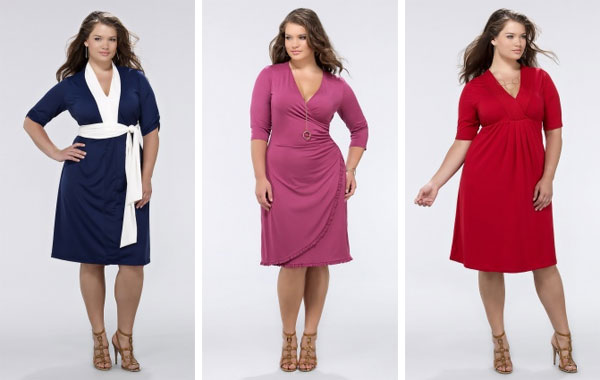 A word of explanation. We are not talking about sweets here. Rather, we’re investigating a style phenomenon that the Noughties looked to have banished forever – but which has come back with a welcome vengeance for the teen decade of the 21st Century.

“Pick n Mix culture”, then, refers to the idea that plus size clothing doesn’t have to follow a specific fashion trend – and that the individual plus size wardrobe can have items in it from all points of the fashion compass. It’s an ethos that was common in the 1960s and the 1980s, though conspicuously absent from the 50s and the 90s – where certain types of clothing were used to denominate specific tribes to which people might belong.

The same is true now, of course – there are “uniforms” to wear if you listen to a certain type of music or hang out with a certain group of people. But, unlike previous decades (excepting, as noted, the 1960s and the 1980s), you can also bring your style to the party.

Actually, we’ll discount the 1960s as being apparently style conscious, when in fact it was more about fashion. If you were “alternative” you had to wear a specific type of clothing in order to mark yourself as non square – and so by default, you followed fashion rather than style.

Fashion and style follow youth trends. Modern plus size clothing follows a very recent one, which sees the modern youth segmenting in a way that has not previously been possible. Instead of having one or two tribes (traditionally people who listen to guitar music and people who listen to electronic music; or people who like sport and people who don’t), secondary schools now brim with several, each with its own dress code and set of enthusiasms.

OK, so in a way this means each mini tribe is still following a fashion of sorts rather than creating a style of its own. But the fact remains that the average plus size wardrobe now has more things to put in it than ever before. Plus, the genuinely stylish pay no attention to fashion anyway – and so they’re more likely to cross party lines and borrow at will from different looks.

Let’s look again at our one remaining decade of style – the 80s (remember we took the 60s out for being too conformist). In the 1980s, the style was genuinely eclectic. There were no rules other than that you expressed yourself in whatever sartorial way you saw fit. The result was a wild mixture of styles and style cues, sometimes all taking place on the body of the same person.

This is where the modern wardrobe full of plus size clothing is headed. Now, a person can choose from all kinds of style cues – from prom queen Goth to indie traveller; from Boho hippy chick to demure 50s siren. It’s all out there – and how you wear it depends increasingly on who you are.

The fashion moguls don’t care, of course – they’ll get their piece of the pie simply by designing clothes to suit the mood. But at least they’re different.