The long-rumored wedding of celebrities Brad Pitt and Angelina Jolie had been tabloid and magazine fodder urging reporters from across the globe to search for potential a ceremony that is away from the spotlight of Hollywood. A representative for Jolie confirmed that Jolie and Pitt had tied the knot in France on August 23. A civil ceremony took place at the couple’s estate at Chateau Miraval.

The six children of the newly-wed had their parts in the ceremony. The actress walked down the aisle with sons Pax and Maddox while Vivienne and Zahara spread fresh petals. Knox and Shilox served as ring bearers. Pretty much, the ceremony was a family affair.

Pitt and Jolie, who once noted that they wished to tie the knot when same-sex marriage becomes legal in the U.S., were married by a California judge who needed to go to France for the celebrities’ big day. The couple had been together for nearly ten years. 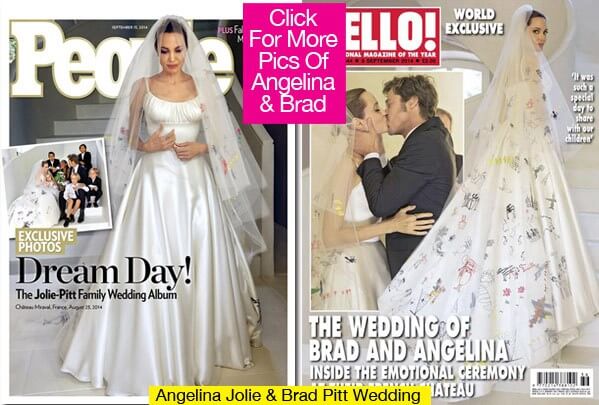 It has been reported online that Jolie put on a plain white antique lace and silk. Atelier Versace’s Luigi Massi designed the stunning gown. The wedding veil of Jolie was covered with the original artwork of her kids. 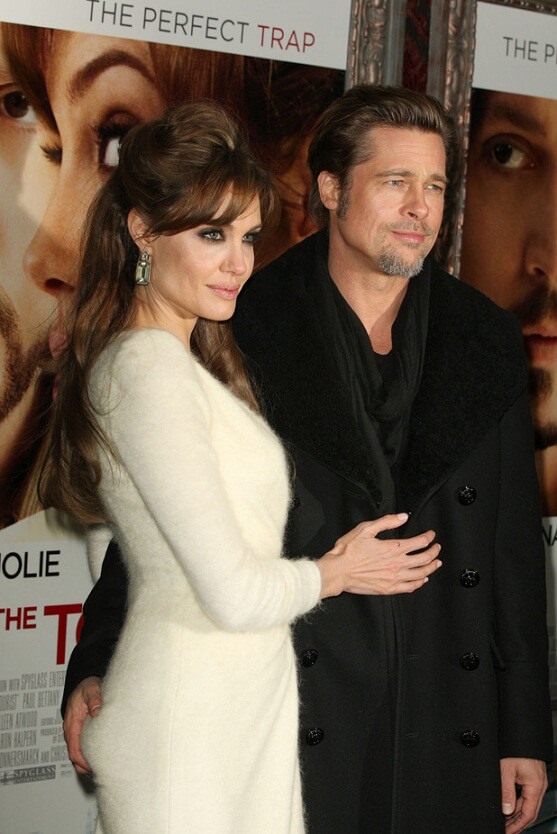 Pitt was engaged to actress Gwyneth Paltrow on December 20, 1996. Their engagement was ended in June 1997. The actor was married to Aniston from July 29, 2000 to October 2, 2005. Meanwhile, Jolie married British actor Jonny Lee Miller on March 28, 1996. This marriage had Jolie wearing unconventional attire. She wore a white tshirt and black leather pants. The tshirt had the name of her husband written on the back in her own blood. The marriage ended in divorce on February 3, 1999. The second marriage of Jollie was to actor Billy Bob Thornton. They tied the knot on May 5, 2000 and divorced on May 27, 2003. 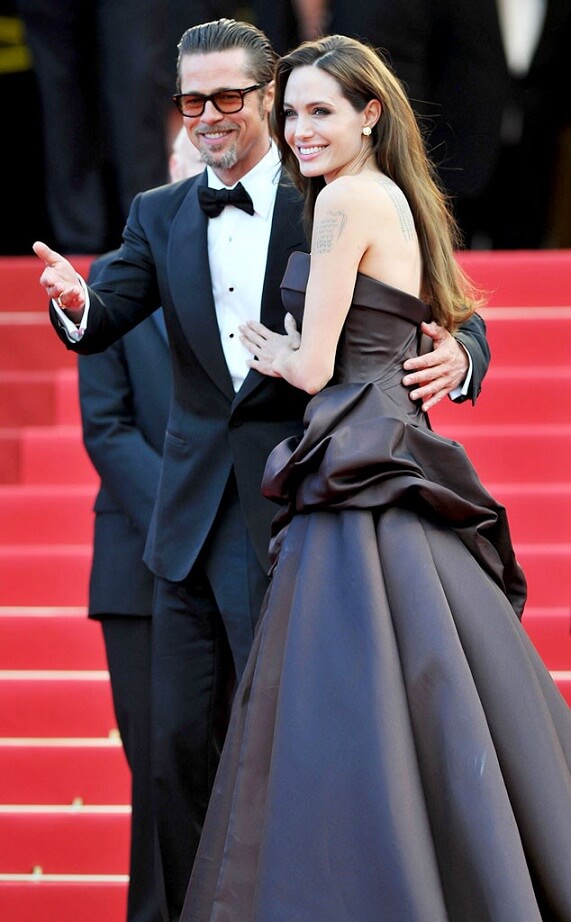 The relationship of the two big stars has been speculated nearly since the start. People started to talk about them following their “Mr. & Mrs. Smith” team-up in the summer of 2004. During this time Pitt was still the husband of Jennifer Aniston. Aniston and Pitt announced that they were parting ways in January 2005. 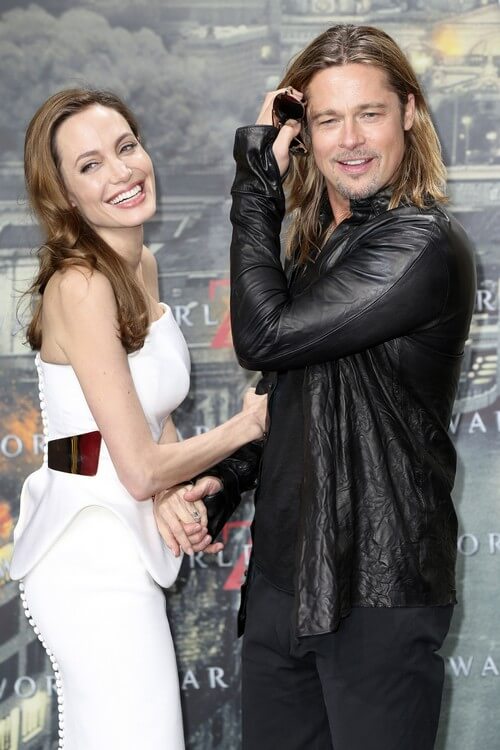 In March of the same year, Aniston filed for divorce. A month after, photographs of Jolie, Pitt and Jolie’s adopted son Maddox in Kenya surfaced. In 2012, Jolie and Pitt announced their engagement.

While Jollie and Pitt are two of the entertainment industry’s most influential and prominent figures, they have humanitarian causes and put their strength behind serious films. Jolie was named as a refugee issue special envoy in 2011 following her role as U.N. High Commissioner for Refugees ambassador for ten years. The actress also became a voice for health issues in women. She went through a double mastectomy in 2013 prompted by her breast cancer disposition. On the other hand, Pitt established a foundation in order to help in the restoration of New Orleans following the 2005 Hurricane Katrina. 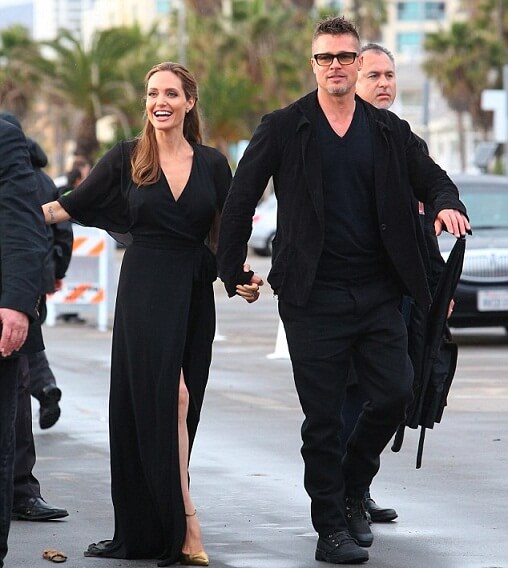 The marriage of Pitt and Jolie has been an anticipated nuptial in Hollywood. The couple has been open about their commitment to marriage equality and reaffirmed this in an interview in 2011. 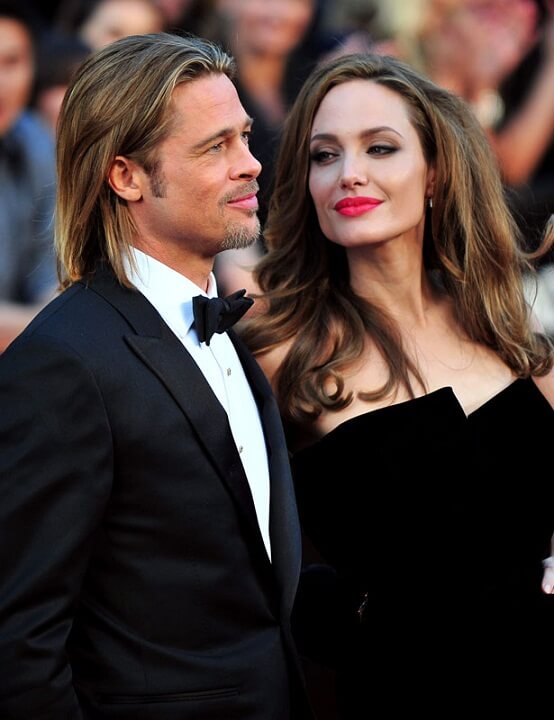